At Wrench, we work hard to ensure your car maintenance and repair needs are more straightforward than ever. We understand what a hassle car maintenance can be and how time-consuming it can be. Nevertheless, maintenance plays an essential role in the performance and longevity of your vehicle. However, from experience, a lot of our team has faced some serious car horror stories. So in honor of Friday the 13th, we took the time to interview some people within the office, and we have some great stories to share.

From road trips to at-home repairs, cars can have problems. Some of our staff shared some of their worst experiences with cars. In addition, the different backgrounds of all of our team provide a wide range of car horror stories that we have included below.

One of our team members shared the story of when she drove her sister to college when the worst thing happened - they got a flat tire!

"I was driving my sister to a college in another state with my mom and, with one hour left of our 12-hour road trip, we got a flat tire. The spare was in the trunk of the car, underneath all her moving stuff, and it looked like it would rain. We sat on the side of a highway for about 20 minutes when an older man pulled over and asked if we needed help. I politely declined his help, and he told me that if I changed my mind, he lived right down the road and had a shop. After another 20 minutes of trying to contact roadside assistance, we decided to get his help. We parked in his shop, unloaded all of my sister's things, got the spare tire, and replaced it. Then we had to play Tetris and fit all of her stuff and the flat tire back in the car's trunk. During this, it started pouring, so we were very thankful someone offered to help us."

Another member of our team described their trip driving from Washington to California:

"I was driving through the outskirts of Idaho, making my way to California during a summer road trip. The air was warm, and the heat felt like it was cooking my brain as I zig-zagged up what seemed to be the tallest hill in all of Idaho. I made sure to keep track of all the signs that warned of a sharp turn, and sure enough, I made it past the last turn, or so I thought. Maybe it was the heat, maybe it was the long-distance traveling that was affecting my driving, but sure enough, the next thing you know, my car and I are flying into a field of tall grass since the last turn did not have any warnings. I broke my engine thermostat and was almost stranded in Oregon as I made my way back from the trip. I had to drive back to Washington going 50-60 mph with frequent breaks to cool my engine while also rushing to get back due to school starting a few days after the incident, the scariest 500 miles of my life."

To learn more about preparing your car for a road trip, check out our latest blog post and avoid  road trip horror stories like these!

Many Wrench team members have experience working in brick-and-mortar shops. As a result, they had some great stories about maintenance, or more often, the lack thereof. We hope that the takeaway from these short stories is the importance of regular maintenance to having your car perform at its best.

"After running shops for years, I can tell you that each time I thought there was a best-worst story, it was trumped quickly. You name it, from rats, ferrets, cats, roaches, fleas, and severed big toe in a trunk. I never found a body yet, but I feel like time would tell a different story if I was still in a brick and mortar."

"Had a '63 VW roll in the auto parts store where I worked as a kid that was riding on the steering gear. No shocks/suspension of any kind."

"Had a woman say she would turn up the radio instead of changing the brake rotors. They looked like pizza slicers."

"About five years ago, my former employer was finally upgrading the engine in his race car to a 426 Hemi. Because that Hemi weighed several hundred pounds more than the engine he had in the car, he decided to put his '71 Dodge Challenger on a diet. Lug studs were replaced with short studs to save ounces, and the steel backing plate for the brake booster on the firewall was replaced with a tin shingle shaped to mimic the shape of the plate. All the power supplies and other necessary accessories that could be moved were shifted to either the fuel tank (which was an empty shell because you're only allowed Fuel Cells with a gallon of gas at the track) or to a new fake panel we installed in the trunk behind the back seat. The idea was to ditch as much weight as possible and shift as much else to the back axle as possible; another thing we did, which is where the horror of this story comes in is we were going to replace the rear stock springs with some different less strong ones so that more weight would shift to the back axle on launch. I was handling this part and was industriously unbolting the axle from the leaf springs on the rear of the car; We had it up on a solid pair of jack stands with jacks, and more jack stands readily at hand when they were needed. It wasn't until I undid the last bolt and the car dropped towards me as the axle shot upwards that I remembered the jack stands were under the axle and that I was going to put some under the frame before I unbolted the axle (Yeah, Oops!) My boss was instantly asking if I was okay (Good to see he had his priorities straight), and I was looking to see if the car was damaged. Luckily, the other spring had prevented the axle from actually hitting the car, but I felt like shooting myself for being an absolute moron. The horror of the story was that I nearly dropped a '71 Challenger in beautiful condition 2 feet onto a concrete floor through my own stupidity! The combination of my own stupidity and the near-tragedy of damaging such a beautiful piece of American Muscle Car history still haunts me and sends shivers down my spine!"

"Relocated from Southern California to Fargo, North Dakota ... who would think that batteries freeze? I guess customers weren't aware of this either..."

At Wrench, we have created a car maintenance and repair service that is based on convenience. By eliminating the brick and mortar aspect of car servicing, we are able to offer a flexible and stress free service.

Beyond that, we had stories of friends, at-home car repairs, and bugs.

"So, we have June Bugs around here, and I hate them. In high school, my buddy and I were out in the barn working on my old Blazer, and since there wasn't a radio out there, I had the car I was driving at the time, and '89 Olds Cutlass Ciera sitting in the open door with the windows down and the radio on. I had 6x9s in custom speaker boxes with extra long wires so I could set the boxes on the roof of the car and have music. We finally quit about midnight and went out to the car, only to discover that the barn light directly above the car had attracted a lot of June Bugs, and now the car, especially the back seat, was crawling with June Bugs. That was not fun to cleanout. You're lucky if you don't know what a June Bug is. They're not harmful, just annoying."

"In high school, I had a couple of buddies helping me pull the motor out of my Blazer. They had trouble getting the bell housing of the transmission disconnected so they asked me if I minded if they just pulled the transmission and motor together. I said sure. So the two of them were under the truck loosening things up when I heard a thunk, followed by: "Get the Jack! Get the Jack!" They had taken all the bolts out of the cross member under the transmission and dropped the transfer case, transmission, and engine onto themselves. The motor mounts were still connected, so it pivoted all that weight down on them that dropped completely, but they were still very lucky. I got the jack under it and got it off them, and after the cross member was reinstalled, I proceeded to assist in getting the bell housing bolts loose instead. In the after-action report, they compared notes, and apparently, the conversation just prior had been: "You still got bolts in over there?" "Yeah, this one I'm taking out." "Good, I've just got this one I'm taking out leftover here." Neither realized they were both taking the last bolts out. The things we survived through just pure dumb luck!"

How to Book with Wrench:

Haven't booked with Wrench before? Well, don't worry, it is easier than ever with our online booking platform. Using the button located at the top and bottom of this page, you will be taken to the booking platform. You will be asked to enter your vehicle's VIN, or you can manually enter the year, make and model. At this point, you will have the ability to choose what services your vehicle requires. After entering some additional general information, you will have the chance to select your service's time, date, and location. You will not be charged until the service is completed. So get started today booking with Wrench! 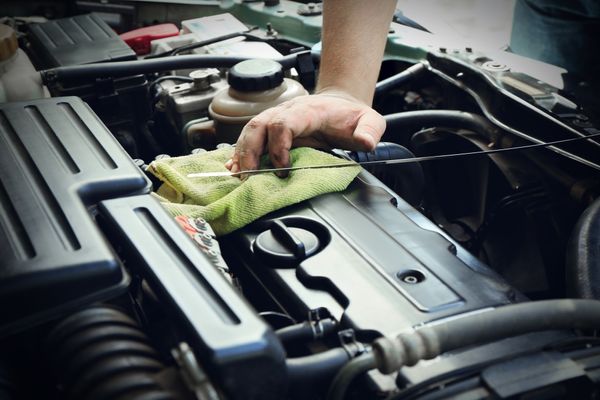 Quality mobile automotive repair is no longer the stuff of science fiction. It’s fast, convenient, and saves you the headache of going to a traditional auto repair shop. Wrench knows you need 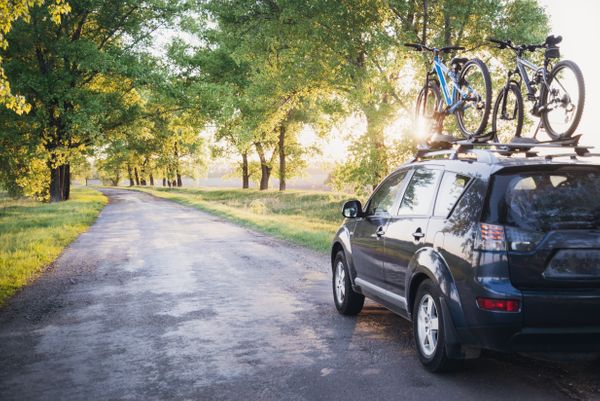 As the weather starts to get warmer, it's important to make sure your car is ready for the change in temperature as it plays a significant role in how your vehicle operates. Especially