My family used to take a couple of vacations every year when I was a kid. Over spring break, we’d go skiing with friends in Colorado, and then in the summertime, we’d find someplace further north to go camping.

One year we decided to pack up and head for Yellowstone National Park to see what all the hype was about. I remember dad had the old pop-up camper hooked onto the ‘92 Ford E-150 with a custom PVC bike rack on top.

We walked around to the back of the trailer and found that none of the lights were working which posed a serious safety concern.

I think that ordeal set us back at least half a day. Dad had the van’s rear interior trim panels out, new wires tapped into the body harness, and ran out the back doors to the camper. The rest of the family, including myself, was of no help, but he finally got it operational, and we were on our way.

Those of you with a utility trailer, boat, or camper are probably nodding your heads right now because you’ve been there; it’s always the exterior lights, isn’t it?

That’s the exact reason why I was sympathetic towards my neighbor, Dave. I was out replacing the battery in a Jeep down the road when he spotted me. Dave also owns a Jeep, but for some reason, when he hooked up his boat trailer to it, the trailer lights didn’t work.

I happen to like Dave, and when he told me that he wanted to get it working so he could take his grandkids to the lake, how could I not help?

I don’t know much about boats, but I think this one looks neat. Dave said that he and his wife bought it brand new back in 1976 and have had it serviced at several different locations over the years.

Unfortunately, as my eyes moved down towards the trailer, it became evident that it would probably not be a quick fix.

You see, exterior lights not working on a trailer can be caused by several things on the towing vehicle or the trailer itself. Although my experience and initial observations told me that the problem was more than likely in the trailer, it’s wise to attack a wiring issue with the “divide and conquer” method.

What does that mean? I’m glad you asked!

Splitting the potential problem area in half helps to isolate the issue quickly. Considering the length of the Jeep and the trailer, there are about 30 total feet of wiring where the issue could reside. By disconnecting the trailer wiring connector from the Jeep and testing there, I could see if the problem existed in the front 15 feet (Jeep) or the rear 15 feet (trailer).

I’m normally a digital multimeter kind of guy, but when it comes to trailer harness testing, I prefer a test light.

A test light is a great tool for quickly checking for power and ground on non-sensitive circuits. They really shine (if you’ll forgive the pun), with turn signal testing because they simply flash instead of showing a voltage reading jumping all around.

The circuit testing topic will usually spark a debate that inevitably ends with a 30-year veteran mechanic elaborating on how the industry should have never gone away from analog meters, so let’s move on quickly!

Dave’s Jeep has power and ground everywhere it’s supposed to on the white, brown, yellow, and green wires. Trailer wiring colors have been more-or-less standardized in our light-duty vehicles and trailers, so I didn’t need a wiring diagram this time.

The white or black wire is always ground. The easiest way to remember that is by the connector terminal being opposite (male or female) from the three signal wires.

The next wire over is the brown wire which is the tail light signal; it should only have power when the headlight switch is turned to the ON position.

The following two wire functions, the left and right turn signals, were really difficult for me to recall early on in my career when I was repairing trailers for our local Budget location.

Getting back to Dave’s trailer, I performed a walk-around inspection and found that several new LED tail lamps had been installed.

A closer examination revealed a less-than-ideal wiring connection that needed to be addressed, but before doing so, I took advantage of it as a testing location. And you guessed it - no test light illumination.

I went back to the front and used the various household wire nuts that someone had installed during a previous repair in the same way. There wasn’t power present at any of the signal wires while using the trailer frame as a ground path, but there was when using vehicle ground. This indicated a trailer ground issue, which is very common, and a visual inspection of the ground location confirmed a poor connection.

Trailer ground connections often have issues because of their location near the trailer tongue and exposure to the elements. Over time, the metal ground terminal can rust if not adequately protected and/or become damaged from accidental contact.

Considering the lack of acceptable ground options near the coupler, I ran a new wire inside the tongue to utilize a pre-existing ground location at the marker light. I also applied dielectric grease to all exposed metal surfaces to help protect the connection against water intrusion.

Speaking of water intrusion, many DIY wire connectors I see installed in vehicles and on trailers are not waterproof. Non-waterproof connectors may be fine inside the cabin (if you must), but they will corrode and rust when used anywhere else. Household wire nuts are simply the worst for this!

My favorite style connector is one made of heat shrink and solder. Due to price and availability in my location, I’ve been using crimp-type heat shrink connectors, which are an acceptable alternative.

I went ahead and repaired every connection I could find using waterproof connectors. I suspect the rear tail lamp connections wouldn’t have lasted a season, considering they are consistently placed underwater when loading and unloading the boat.

Before those final connectors were sealed, I validated the repair by ensuring my test light was illuminated when connected between the signal wires and trailer frame, which was now properly grounded.

As I was finishing up, my wife and I happily listened to Dave’s work stories from before his retirement.

I think he may have lit up more than the tail lamps when I finally flipped the headlight switch on; we could tell he was excited to know that his grandchildren would have an absolute blast in the following days.

Cody H. is a Universal Technical Institute Graduate, ASE Certified Master Automobile Technician, and a former Honda Master Technician. He has repaired vehicles in independent garages and dealership service departments alike and most recently worked in the Warranty Department at Nissan North America before joining the Wrench team. Cody is now providing technical insight for blogs, supplying readers with an educated and honest glimpse into the world of automotive maintenance and repair. 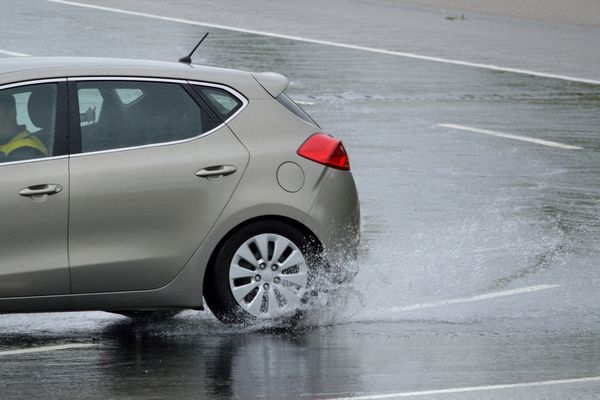 As fall is coming to a close and winter is approaching, the rainy weather is in full swing. Unfortunately, rain brings plenty of additional hazards to drivers' daily commuting or longer trips. Get 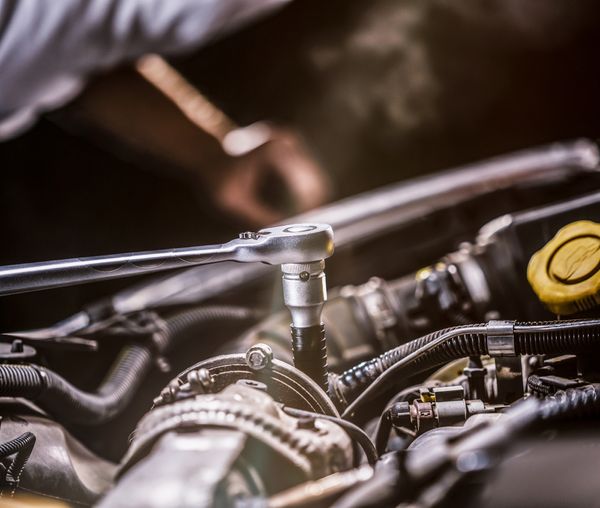 Have you ever asked a mechanic for advice only to get bombarded with follow-up questions? If so, what you experienced was the start of a methodical repair process known as "The Three C's.